City Mayor of Zhytomyr Serhii Sukhomlyn took part in the discussion “Does the Integrity of the City Authorities Help to Attract Investments” within the framework of the VIII All-Ukrainian Forum of Local Self-Government in Lviv. The forum unites 300 mayors and representatives of local self-government from all over Ukraine.

Experts say that transparency helps attract foreign investment and obtain favourable loans. “… This is a story about how you can capitalize confidence in specific investment…”, agrees City Mayor of Zhytomyr.

“Innovative city” is one of the priorities of the Concept of integrated city development until 2030 approved by Zhytomyr.

“This is about transparency and integrity”, says Serhii Sukhomlyn. Over several years we have gained the trust of foreign investors and international organizations. We have managed to attract 63 million euros in loans and almost 25 million of grant funds.”

Serious projects are being implemented in Zhytomyr in cooperation with international partners, which has become possible “due to transparency and a team that can implement these projects”. The city mayor focused on the construction of a waste recycling plant, newest CHP plants, and the reconstruction of the water supply system. Zhytomyr already has a modern “Transparent Office”. The city was the first in Ukraine to launch the project “Adminservice Veteran” and the first among the regional centres to join the project “Community Police Officer”.

Zhytomyr participated in the project EU Anti-Corruption Initiative in Ukraine. This participation made it possible to launch  the City Council Geoportal, which means an opportunity for investors to see the prospects for projects in Zhytomyr.

“When the result can be seen, the city draws attention of other investors …”, sums up the City Mayor. 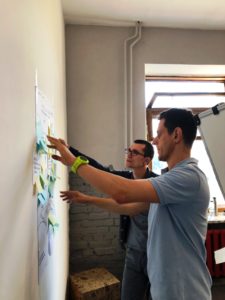 07.08.2019
Training “Agile” was conducted within the framework of the Program for the development of small and medium-sized business in Zhytomyr during 2019-2021. 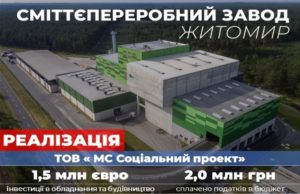 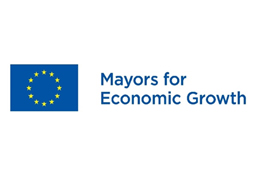 12.08.2020
Zhytomyr became a member of the Club Mayors for Economic Growth